GLScry is open source software, licensed under the terms of the GNU Lesser Public License (LGPL). See COPYRIGHT.txt for details.

Aren't there other tools that measure OpenGL performance? Yes, a few. They tend to be very specific and hard to extend: for example, measuring shader performance. They also don't make it easy to programmatically wrap them for specific purposes. Eventually this project will be embedded into a tool for the OpenSG scene graph that optimizes your scene graph based on the current hardware's characteristics.

The term 'scry' means to look into the future or the unknown through a crystal ball. Since video card manufacturers aren't giving specific performance characteristics of their GPUs, let GLScry be your crystal ball. 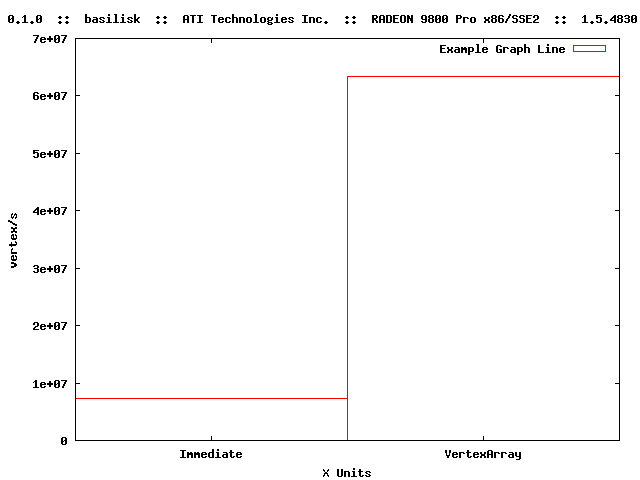 If you do download and run GLScry, we'd appreciate you sending the results back to us, if you're so inclined.

Warning: Running all of the tests will probably crash your system, especially if your drivers are the slightest bit out of date. So be careful with that (and upgrade your drivers just in case). If you want to just run a couple of the tests, select the test files and drag them on top of run.exe. (Provided you're using the Win32 binaries.) README.txt in the download has more instructions.